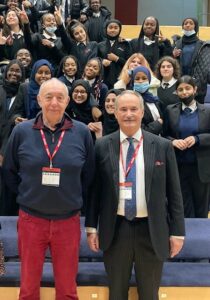 His Honour Judge Mark Anthony Horton visited Bristol Academy in the Easton Area of Bristol, where he delivered his Judicial Awareness Course, holding mock trials and discussing aspects of the criminal justice system with the pupils in Bristol Academy. Judge Horton has attended Bristol Academy annually for six years prior to the pandemic.

The course sessions were 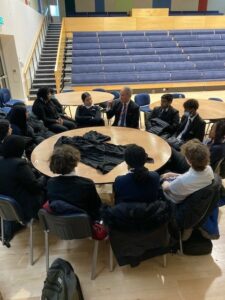 interactive, encouraging pupils to speak together in scheduled breakout sessions, and they were encouraged to express their views.

The pupils had the chance to discuss and decide practical solutions to decisions that arise with juries in a crown court trial process, and learnt that it is their approach which is the most important thing, and not necessarily the answer which may differ to others. Two short witness trials were played for the pupils, followed by an interactive DVD that allowed the pupils to then decide the sentence. The course session tackled both drug and violence issues. 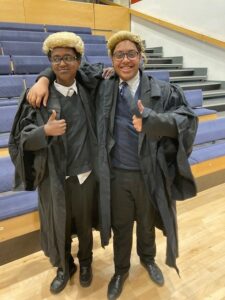 The course ended with Judge Horton handing out certificates of completion, with the opportunity for the pupils to take photos of themselves wearing Judicial wigs and gowns.