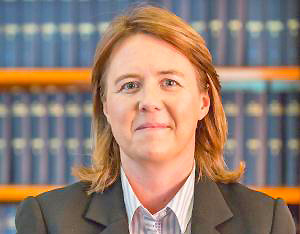 Members of the legal profession can meet Dame Siobhan Keegan, Lady Chief Justice of Northern Ireland, at an event organised by the UK Association of Women Judges.

She will be speaking about her career and her new role as the first woman Chief Justice in the UK.

The event takes place in the Parliament Chamber at Middle Temple, London, on Friday 11 March 2022 from 6pm. Tickets are £11.37 including refreshments, available from Eventbrite (external link, opens in a new tab).

Dame Siobhan was the Judge in Residence at the Queen’s University of Belfast from November 2015 until August 2021. She was a member of the Judicial Studies Board from 2016 until 2021 and the Northern Ireland representative on the Franco-British-Irish Judicial Cooperation Committee.

Dame Siobhan was appointed as a Coroner in July 2017 and was the Presiding Coroner from September 2017 until September 2020.  She was assigned to hear Judicial Reviews from 2017 until 2020. She was then Senior Family Judge in the High Court of Northern Ireland from April 2020 until her appointment as Lady Chief Justice. During her tenure in the Family Division she was also the designated Northern Ireland judicial member of the International Hague Network of Judges.

Dame Siobhan was sworn in as Lady Chief Justice of Northern Ireland on 2 September 2021.