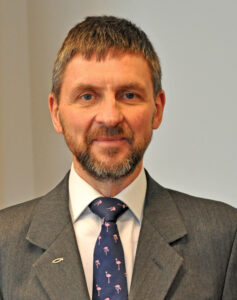 Andrew Baker became one of the Judges of the Commercial Court in 2016.

He is authorised to sit in cases in the Financial List and in the Competition Appeal Tribunal. He also sits in the Administrative Court and other Queen’s Bench work, including crime.

Mr Justice Andrew Baker was educated at his local state secondary school, Lenzie Academy, before reading mathematics at Merton College Oxford. He completed a postgraduate diploma in law at City, University of London.

He was appointed a QC in 2006 and was a Recorder and a Deputy High Court Judge before his appointment to the High Court in 2016. He became the Judge in Charge of the Admiralty Court in 2020.

He is one of the editors of “Time Charters”.