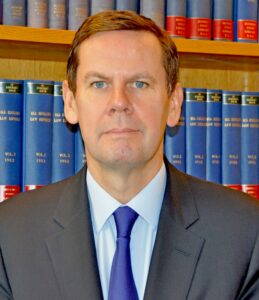 Neil Calver became one of the Judges of the Commercial Court in 2020.

He is also authorised to sit in the Administrative Court and other Queen’s Bench work, including crime.

Mr Justice Calver was educated at his local Grammar School in Kent. He was Kent County Chess Champion at under 12, under 14, under 16 and under 18 levels. He read law at Christ’s College Cambridge, where he obtained a First Class degree.

He was called to the Bar by Gray’s Inn in 1987, and practised first for 7 years in European and public law at 4-5 Gray’s Inn Square, before practising for the next 26 years at Brick Court Chambers in all types of commercial litigation and arbitration.