In an interview with ‘The Pupil’ Magazine The Right Honourable Sir Keith Lindblom talks about his life and career to his current position as Senior President of Tribunals. 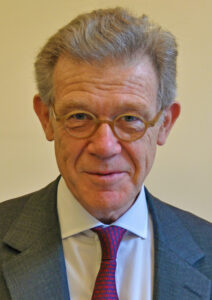 Q. How did your formative years as a barrister compare to your expectations of what a career at the Bar would be like and were there any unexpected turns taken in your journey to being called to the Bar in 1980?

A. When I was 16 years old I was sure I wanted to be a barrister, despite there being no lawyers in my family, and despite my knowing very little about life at the Bar or the challenges facing anyone who wanted to get started in the profession. I liked the idea of the intellectual challenges the work would bring, and the independence of a profession of self-employed people.

Like many of my contemporaries, I did not take a degree in Law – or “Jurisprudence”; I read Modern History at St John’s College, Oxford, and went on to the first part of my professional training at the City University and then the Inns of Court School of Law. I was called to the Bar at Gray’s Inn in July 1980.

The profession was very different then. Pupil barristers no longer had to pay for their pupillages, but nor were they paid by the chambers where they undertook that training. In the second six months of pupillage it was possible to accept briefs to appear in court, and to receive small sums for “devilling” written work for members of chambers. I did my first six months pupillage in a “Common law” set of chambers, my second in a set specializing mainly in Planning law, the field in which I wanted to practise. Planning interested me because it was an area of the law that seemed to be more about making things right in the future than undoing things that had gone wrong in the past.

I gained a tenancy – a permanent place in chambers – at the end of 1981, and then spent three or four years doing the full range of work available to the most junior barristers – including Criminal, Landlord and Tenant and Family cases – but at the same time gradually building up a practice in Planning law. In 1983 I was instructed as junior counsel for one of the parties at the public inquiry into the proposal for the Sizewell B nuclear reactor, a case that went on for about three years. After that, my practice became more and more specialized in Planning.

Q. Have there been any career challenges that you’ve faced in your more senior roles at the Bar, since being appointed Queen’s Counsel in 1996?

A. Each stage of a career at the Bar has its own challenges, which are probably no less daunting today than when I was in practice. The first, of course, is in finding a pupillage, which is still difficult for many people who have gained all the academic and professional qualifications required; then in getting a tenancy, which is often not easy, even after a paid pupillage; then, after a lengthy period as a junior, taking “Silk” – becoming Queen’s Counsel – which brings more complex and demanding cases.

After I took Silk in 1996, I found myself concentrating more and more on major infrastructure cases – roads, runways and reservoirs, often at long-running public inquiries, working in teams of people in various professions. But I also sat as a Recorder – a fee-paid judge, sitting in the Crown Court and in the County Court, and later as a deputy High Court judge. So, by the time I became a salaried judge, in 2010, I had had some experience of the Bench. The skills and resilience one needs as a professional advocate are acquired through experience, sometimes through learning from mistakes. Advocacy is an art that largely cannot be taught; it is improved through constant honing.

Moving from Bar to Bench, which I did after 30 years in practice, is perhaps the greatest challenge. These are two quite different occupations. Preparing, advising on, and presenting cases is an endeavour of persuasion – of the court, for a client. That is the role of the barrister. The judge’s role has nothing to do with persuasion. Judges have no clients; they are not in the business of persuasion. They swear an oath to do justice for all who come before them, “without fear or favour, affection or ill will”. This is, every day, what judges are striving to do. As I found when I became a judge, it is a rewarding as well as a highly demanding job.

In 2020, I became Senior President of Tribunals, with responsibility for leading a large number of salaried and fee-paid judges and non-legal members in the tribunals, across a wide range of jurisdictions – immigration and asylum, employment, property, tax, benefits of various kinds, mental health, special educational needs and others. I had previously held other leadership roles in the judiciary: President of the Lands Chamber of the Upper Tribunal, lead judge of the Planning Court, President of the Administrative Appeals Chamber of the Upper Tribunal and Vice-President of Tribunals. Succeeding in such a role requires the ability to lead judicial colleagues, manage the jurisdictions in which they work, and promote their welfare – all of which is quite different from the day-to-day work of a judge sitting in a court or tribunal. To do all this has been especially testing throughout the last 20 months, when we have had to contend with all the new and additional pressures imposed by the Covid-19 pandemic.

Q. How do these experiences relate to the general challenges faced by those aspiring to be admitted to the Bar, and are there any ways in which this process of admission can be facilitated?

A. Much of what I have already said is relevant to this question too. Though the Bar as it is in 2021 has changed a great deal in the 40 years since I began my career as a barrister, the main challenges facing those who come into the profession today are not dissimilar: the need to secure a pupillage and then a tenancy; the difficulties involved in funding a lengthy period of training – mitigated somewhat by paid pupillages and scholarships available from the four Inns of Court; for many, the relatively low earnings in the early years of practice; and the obstacles to diversity and inclusion that still deter many young people from entering the profession – and which the Bar Council is determined to break down.

A. Much progress has been made by the Bar Council in its efforts to promote greater gender and racial diversity at the Bar. But there is still, of course, a huge amount to be done. Diversity and inclusion have many facets, not merely gender and ethnicity. It is true that the Bar is a more diverse and inclusive profession than it was 20 years ago, and much more so than it was when I started in practice in 1981. This, however, is not to say that the profession yet comes close to reflecting the composition of the society to which it belongs, or that it is always seen as being a profession open to all, regardless of background and means. The Bar Council has long recognised this, and is active with several initiatives aimed at increasing diversity and strengthening inclusivity within the profession.

The judiciary is also making efforts to improve diversity and inclusion within its own ranks, and in the process for attracting new judges. The scale of those efforts is greater now than ever before. New appointments now split roughly equally between men and women, which will eventually lead to gender balance in the judiciary as a whole. Increasing the numbers of black judges, as well as Asian and other ethnic minority judges, is imperative if we are to create a judiciary whose composition more closely mirrors the society we serve, and to increase public confidence in our legal system. Much of the work is being carried forward by the Judicial Diversity Forum, and also by the Tribunals Diversity and Inclusion Taskforce, which I set up when I became Senior President of Tribunals. It is being done in co-operation with the Judicial Appointments Commission as the independent body responsible for selecting judges, and with the Ministry of Justice. And it has the support not only of the most senior judges but of the entire judiciary. Many things can be done to achieve the progress we need, including outreach to schools and universities to increase awareness of the work we do as judges, the attractions of a career in the law, and the opportunities in the law that are open to young people, no matter what their social and educational background may be.

Q. What would you say are the merits of the structure of the UK Courts, both independently and in comparison to foreign jurisdictions?

A. Because the judiciary is largely drawn from the legal professions, it provides opportunities for second careers, and benefits from the experience and expertise developed by people whose first career has been in practice as a barrister or solicitor. In my view, what matters no less than the structure of our courts and tribunals is the confidence felt by the public in the impartiality of judges, and, in particular, the fact that individual citizens and organisations know they have recourse to a fair and open resolution of disputes, including disputes with the state. The courts and tribunals in the United Kingdom are, rightly in my view, highly regarded by judges elsewhere in the world, who revere the respect accorded to the rule of law in our democracy and the independence of our judiciary. There is ample contact between our judges in other jurisdictions, co-ordinated by senior judiciary and officials in the Judicial Office. We have built strong relationships with our colleagues in many other countries. I am involved in the work of the forum of European judges specializing in environmental law, and also, for example, a current project with the Brazilian judiciary on the enforcement of the law for important natural habitats, including those of the Amazonian rainforest and those protected under legislation in the United Kingdom and continental Europe. I think these international exchanges are of great value to our own judiciary, because they show us how judicial culture and the techniques of adjudication have evolved in other jurisdictions, and there is much we can learn from that experience. They also enable us to share our own thinking and approach with colleagues in those other countries.

Q. The Constitutional Reform Act 2005 was a major step that freed the judiciary from its inherent ties with the executive and the legislature – what is your perspective on fusion versus separation of powers?

A. This is not a question I can properly answer as a judge. I can say, however, that the independence of the judiciary in this country has developed over hundreds of years, that it is enduring, and that it is vital to the health of our democracy. Judicial independence requires judges not only to be independent of all others but also individually independent of each other. This is fundamental. And so too, of course, is the independence of barristers – equally able to put forward either side of the case in the interests of their client, holding to the highest professional standards – which, as I have said, drew me to the Bar when I began.